Worth the Lincoln Continental 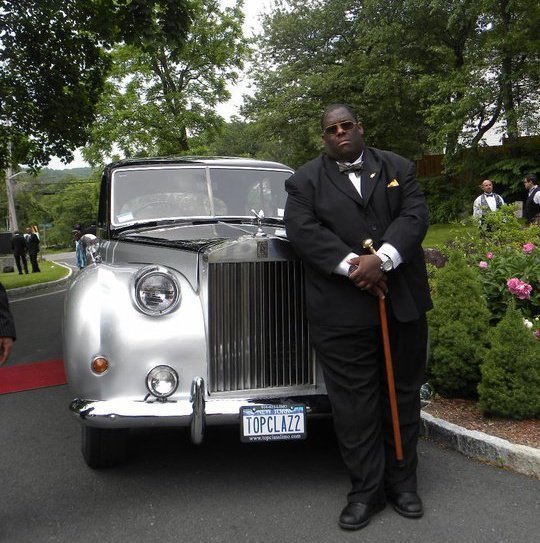 Now it’s 1969.  I am in kindergarten and things are not going well in class. The teacher notices that I am not catching on as fast as my classmates. This is the first sign of trouble, a trouble that will continue through to my entire future. When you deal with dyslexia and ADHD, which often coexist, life can be tough for anyone. But it’s 1969, and we don’t know how to teach kids with different processing styles.

Add this to the equation: I am African American, living on the south side of Chicago in the “Golden Ghetto,” and there is really no room to be different. You see, my family is part of the Chicago black elite. My father is a mover and a shaker in the civil rights movement and part of the Chicago political machine. My mother is a social worker and a high-society Southern Belle. Then you add the fact that the rest of my family are all high achievers. My grandmother tells me,, “You better be worth the Lincoln Continental”—a tough standard to set for a child.

There is absolutely no understanding or compassion for failure or struggle. Later in my life, as an adult, I can better understand why it was that way. Black America had just come through the civil rights movement and there was a need to appear strong and show no cracks in the Armour. But now it’s 1969, and I learn to put up a facade of strength in this time of change. You only have to look at what’s been happening in the 1960's to see that Black America was in pain, trying to recover from a series of setbacks. The leaders of the civil rights movement have been assassinated, one by one.

June 12, 1963, was a day that hit my family hard. June 12, 1963 was the day Medger Evers was assassinated in Greenwood Mississippi. My grandfather and Mr. Evers worked closely together at the NAACP. People said my grandfather was next on the Klan ’s hit list. The killings of  civil rights leaders just kept flowing like the Niagara river over the falls. On November 22, 1963, President John F, Kennedy was killed. Then 14 days after I was born, on June 21, 1964, Schwerner, Goodman, and Chaney were brutally murdered in Philadelphia, Mississippi. On February 21, 1965, Malcolm X was killed in Harlem. Then in Memphis Tennessee on April 4, 1968, at Lorraine Motel, Dr. Martin Luther King, Jr. was killed.

These events left the black community fractured and in pain.

My family has to represent the strength of a whole movement and there is no room for weakness or excuses. The long arch of history is bending down, so our families sweep learning disabilities under the rug from a need to feel strong. In my family, education is just a given. You must have a Masters degree, at least, or you run the risk of letting the family down. Some families try to wish learning disabilities away or ignore them all together. My parents do the best they can, but it’s still 1969 and so before the Rehabilitation Act of 1973. The understanding just isn’t there.

Most people take a more negative view of what’s wrong with me: He’s lazy. He’s a daydreamer. They accuse me through questions. Is he stupid? Being part of a high achieving family means I have a target on my back. I spend a lot of time getting laughed at or ridiculed or belittled. This actually turns me into a fighter. I learn to verbally pick people apart—the people who crossed my path in that way. Eventually, my vocabulary and my quick mind would become the one survival skill I have to level the playing field or, at least, level those who poked fun at me.

But now it’s 1969. The African American community does not want to talk about learning disabilities. They don’t recognize that the fight for equal justice applies to every realm of diversity. So we just accept the fact that a lot of black kids get left behind or caught up in the system. Learning disabilities and black male machismo is a mix that does not work. It does not work now and it will not work in the future, not even when I’m a grown man in my 50’s. We have generations of lost potential, suffering under the ignorance of our schools.

Nevertheless, my family is also my saving grace. My grandmother, my mother, my father, my aunts, my uncles: they do everything they can to help me. It’s heartbreaking to see their frustration over not knowing how.

Now it’s 1971.  I am in the Chicago public system at my neighborhood school. The school isn’t all bad. Teachers have the wherewithal to realize that this kid needs some help. The help comes in the form of  a transfer to a new school, a “therapeutic” school which actually is helping some with math and reading. There are a lot of fancy machines used to teach, machines which in the future would be considered old, even quaint, assistive technology. To me it’s just a bunch of flash and pop for the parents, to show they have the tools.

I am not saying tools aren’t necessary or good—they have their uses.  My life would change a lot when I finally got on a computer, but technology is no substitute for learning to read. I’ll understand this better when I’m an adult, I’ll learn that If an educator can’t relate the teaching to a student’s learning style, that student will fail somewhere between the age of 14 and 20. I’ll find out that teachers must understand how each person learns differently. When a person with dyslexia, ADHD, or autism, or whatever, has an educator who knows how to reach different students, the results are much better. We’ll all someday understand what would help a student like me. But now it’s 1971, and my school is missing by a long shot. My teachers had no idea how to reach a black male with a learning disability.

My family starts to figure it out. My grandmother is an educator who believes in mastery—going over something, over and over again until you get it right. This is what will save me and get me through. My mother and my aunts use something I like to call the Rosetta method to help me with my homework. They help me get ready to read at the Sunday school play. I do not like to stay still and work but we make it though. I memorize every word so I can “read” that play.

My aunts on my father's side are also a great help.  One of my aunts, Dr. Georgia Jackson, is an educator, too. She helps when my mother goes into the hospital for the births of my siblings. She shows me ways to unlock math and reading problems. My dad makes me sit down at the table with my math book and go over and over and over again. It works.  Drilling over and over is the same way I learn the game of basketball, to perfect my skills and moves.

Now it’s 1974. Maybe it’s a lack of understanding, or that I’m being bullied, but I’m having problems socially. My parents are breaking up,  and I am in a bad space. When picked on, I fight back. My aunt always tells me to stay out of it, but that is not an option for me. I have to break down when things get crazy. I feel pushed and prodded and pressured.  There’s nowhere to turn for help or understanding. I have no black male teachers or counselors at my therapeutic school; my parents are divorcing, my world is changing. Even my God is in flux. I was raised catholic like my dad, but my mom tells me I am Methodist now. I just want my world to stay the same. When Sunday comes I’ll go to the Methodist church without a fight, but when I walk out I’ll go my own way.

I do the same thing after school. I walk out, hop on the train and go to the city. Sometimes I’ll go to City Hall, to my dad’s office, because I always know I can talk to him. There’s no understanding at school and what they’re doing does not seem to be helping. Out of frustration, I’ll just run away, but not far enough. Even that act catches up to me, and gets me labeled emotionally disturbed. This gets me sent to a children’s home another total academic failure.

The black students have no one to turn to, no one who understands the culture that we come from. The school had one black teacher, a female who was not allowed to have her own class. Even if she were allowed, she doesn’t fully understand the African American male students, and a lot of us just turn away. I don’t yet know that there are people at Harvard and the University of Chicago who are beginning to understand how to teach different learners. It starts with understanding the culture they come from. If you can’t reach us you won’t teach us. As the years go by, I’ll learn this, too.

Now it’s 2020, and I know I’m worth the Lincoln Continental. Always have been.