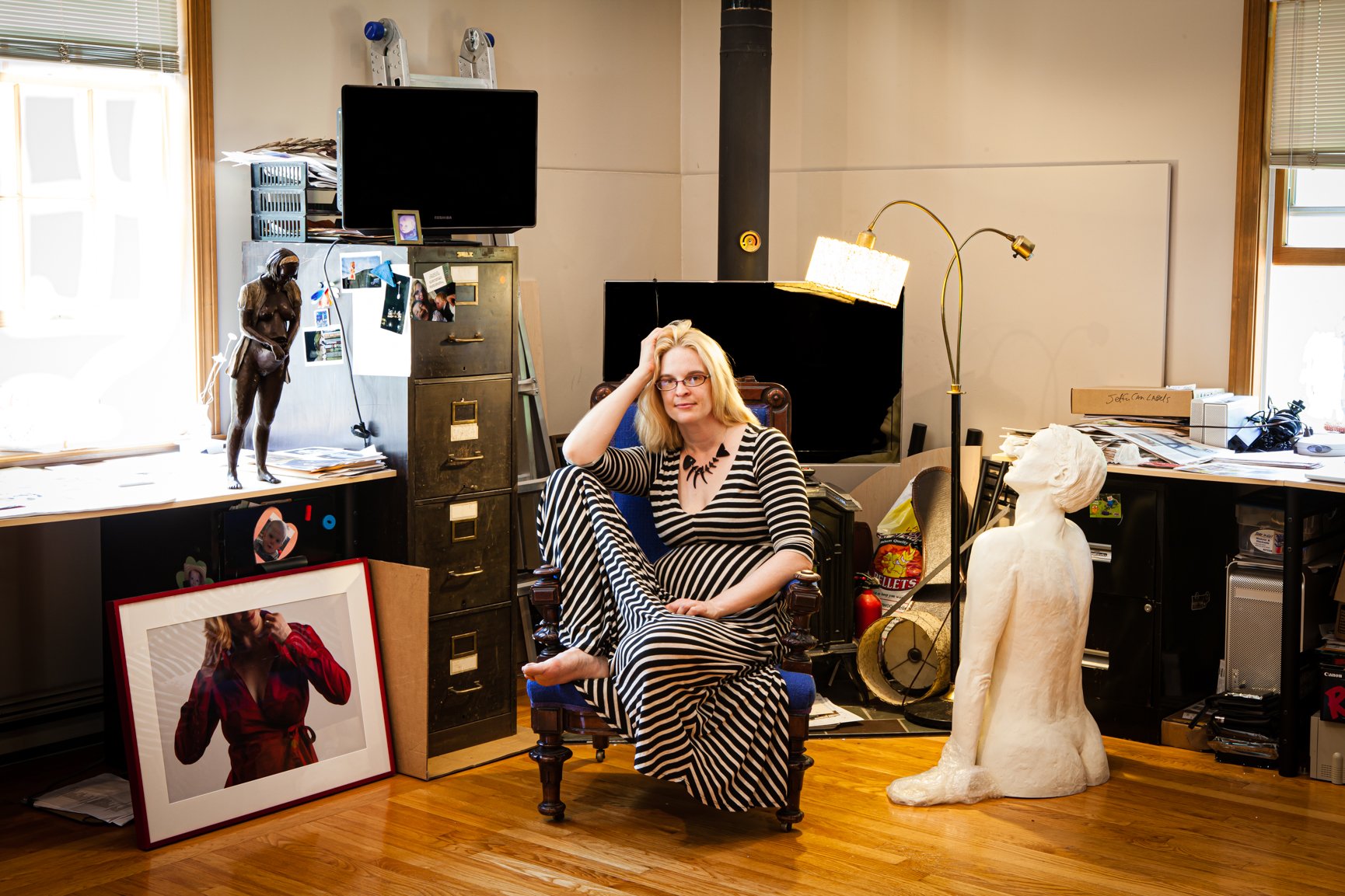 Back In 2006, when I first walked into Ellen Wetmore's Foundations class, I didn't know how much she knew about my dyslexia, beyond her correcting my spelling of her last name. I was working toward a BFA at the Art Institute of Boston, and Professor Wetmore planted a seed; she insisted if you are going to make art, you need to be very disciplined about your work. There is no room for compromise or taking the easy way. I’d soon learn this was more than just talk. Like many intellectually gifted women, Professor Wetmore did not receive the label of ADHD until she was in her 40s. It happened when her son was diagnosed.

“He was blazingly brilliant,” she recalled, “But he was struggling in school.” As is common for children growing up in ADHD families, he struggled to engage academically, creating a snowball effect leading to both of their diagnoses. The fact of her ADHD makes it all the more amazing that Professor Wetmore taught me the importance of paying attention to detail. She implored us to go out and look at contemporary art and to understand it in the context of Art History. She was a role model, and—14 years later—she continues to inspire me.

In a recent conversation, Professor Wetmore recalled how, back in the 80s, she did not meet the common profile for ADHD. She remembers being called a spaz, a ditz, or even just blonde, but she always tested very well in her schooling. Maybe it helped that she was interested in school; this could explain why she excelled despite her obstacles. She could power through any challenge with the sheer horsepower of her mind. “I loved school,” she said, “There is so much to look at, so much to learn.” Still, like many people labeled ADHD, Professor Wetmore became overwhelmed by longer multi-step projects.

“Those long papers were pretty daunting,” she remembered, but her engagement always pushed her forward. Here again Professor Wetmore was lucky: her parents helped her organize and manage the executive function for longer projects, keeping her focused and on track. She acknowledges her good fortune: her parents had good jobs and the time to help. And in high school, Professor Wetmore found an opportunity that would shape the rest of her life. She learned about an experimental school—Saginaw Arts and Science Academy—a magnet school, run out of an old Montgomery Ward department store.

There, she was able to follow her interests much more directly. At SASA, Professor Wetmore discovered what might be the ultimate experience for a high school student with ADHD. At the neurological level, ADHD means the frontal lobe needs a higher level of stimulus to engage, and the school was able to provide that stimulus. She thrived.

“I had the time to just be myself. The wandering mind became more the organic process through which the muse would speak,” she recounted.     Those early successes in letting her wandering mind lead the way made much of Professor Wetmore’s current work possible. Interestingly, her work now requires in-depth, multistage planning far beyond the requirements of any high school research paper. Her video work—examining assumptions of communication through the deconstruction of body image and gesture—requires months of precise planning. First, she must make choices about the gestures and attitude she wants to highlight. Then she needs to plan every detail—lighting, sound, greenscreens, equipment rentals. She has to recruit and coordinate with a crew to operate the camera and lighting.    Professor Wetmore’s video, Visiting Dora Maar—created nine years before she was diagnosed with ADHD--is about “falling apart” and “pulling oneself together.” She says it was inspired by Picasso's portrait of his lover, in which her features seem to move apart. To me the film expresses what it must feel like to have ADHD. The mind is always on the go and you are trying to rein it in to just focus on one thing.

“Art is hard,” Professor Wetmore told me. “In art, someone has to tell you that you are good.” But as any artist knows, being good is not enough. It is a constant effort of self-questioning and research. Not only do artists have to keep up with what is going on with the art world, but also with what is happening all over the world. “The headline this week will more than likely be an exhibit in three or four months.”    I asked Professor Wetmore what body of work best represented her experience of ADHD. Her answer? A series of drawings called The Garden of Grotesque Delights. The Italian Grotesques, Professor Wetmore’s main inspiration, was originally a style of ornament in art which today has come to suggest the strange, fantastic, ugly, or bizarre. For Professor Wetmore, it starts with marbling her own paper in the style of Turkish stone, using an acrylic medium, and then the process expands into a set of rules she must follow. She usually begins with drawing the first thing she thinks of and goes from there. She draws in ink so there is no going back. Following these rules allows her mind to wander in ways that are productive. She says this body of work could be looked at as an extension of the doodles she creates in faculty meetings at the University of Massachusetts.

The image of Professor Wetmore doodling while listening and contributing to a staff meeting made me wonder: Did she ever feel the need to pass for normal in the neurotypical community? Her answer was more pragmatic than apologetic.

“I spend a lot of time editing myself for email or editing myself when I am speaking.” For her the great challenge is being able to explain herself in a way that neurotypicals can understand. As an Artist in a large public research institution, “I have to put in language what it is I am up too.” In order to secure her place in the University, “I had to spend a lot of time validating what I am doing.” Rather than feeling ashamed or insecure about this challenge, Professor Wetmore sees it as an inconvenience, just another administrative task to accomplish, but she is up for the challenge. That diligence is evident in the lessons of her classroom, as well. She always insists that each of her students learn how to write about art. Professor Wetmore sent us to look at exhibitions at Mass Art, or the Sackler Museum, and then expected us to find the words to express our impressions. The best teachers, much like the best art, find ways of staying with us for a lifetime. I see Professor Wetmore's influence in much of my life, the way I edit myself, always thinking of how I can explain things in a way neurotypicals can understand. That influence has come full circle here—in this profile—as I write about the artist and her art, and the lasting impressions both have made on me.