Death In A Time of Covid 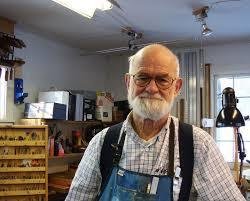 I visited my Dad after having a long walk with my sister, Leslie. We talked about him and we talked about the pandemic. I'm always reminding myself that these are two separate problems that just happen to coincide. This is a valuable little coping tool. Keeping all the various stressors separated keeps them from snowballing into one giant thing.

He asked me if I had any matters I'd like to discuss. I couldn't think of any at first. And then I remembered about the time he taught me to ride a bike. It was a warm Saturday in spring with the temperature somewhere in the low 70’s. I can’t remember what year exactly, except that it, too, was in the low ‘70’s.  The sun warmed my face. I was the last kid in my neighborhood to learn. I was always too afraid I'd fall down and get hurt before I could get going. I felt embarrassed and under pressure. But not from my Dad. I never felt pressured by him for anything. Other members of my family and friends tried to show me how easy riding a bike is, but all they ended up doing was making me feel dumb. It was the patience and warmth of my Dad that I really needed that morning, after so many humiliating failures.

The bike I was using had a banana seat and right behind it was a semi-circular metal bar that served as the handle my Dad promised me he'd hold onto, running along behind me, so I wouldn't fall.

As I pedaled along the street, I saw a giant station wagon headed in my direction, filled with a whole family of kids who’d learned before me. Their windows down, I heard them cheering before I looked over and saw them. I didn't get what they were so excited about until I looked to my right and saw the shadow my Dad and I cast on the ground. And though I glanced for only a split second, I still noticed he wasn't holding onto the back. My attention shot straight ahead. I'm not falling, he's not holding on. I must be riding!

He remembered the story as I was sharing it with him. Before I could finish, he was telling it right back to me. It felt good to hear it again in his voice. As we talked about it, I thought of a few other things he's done for me I feel grateful for. I wanted to thank him for his influence and presence in my life.

He planned to end his life on his own terms, instead of letting the disease progress to a catastrophic end. I admire this very much and I am not at all surprised by his choice. I wasn’t sure when exactly he planned to do it, but neither was he. There is a necessary protocol that must be followed in Vermont, prescribed by law in the Death With Dignity Act; Vermont is among the first states to enact such legislation.

He told me he was feeling weaker by the day. At one point during our visit, we had to move our chairs into the sun because it was breezy and sort of cold. When it was time to go, I had to bring his walker over to him. He couldn't walk the ten or so feet over to where he'd left it.

We were outside because of the pandemic. His wife was concerned—rightly I think—about his susceptibility. Nor could we visit for very long, anyway, because he gets tired quickly. His condition did seem to have deteriorated in the three weeks since I'd last seen him.