To Be A Healthy Confident Mother by Marisa Smith DiBernardo 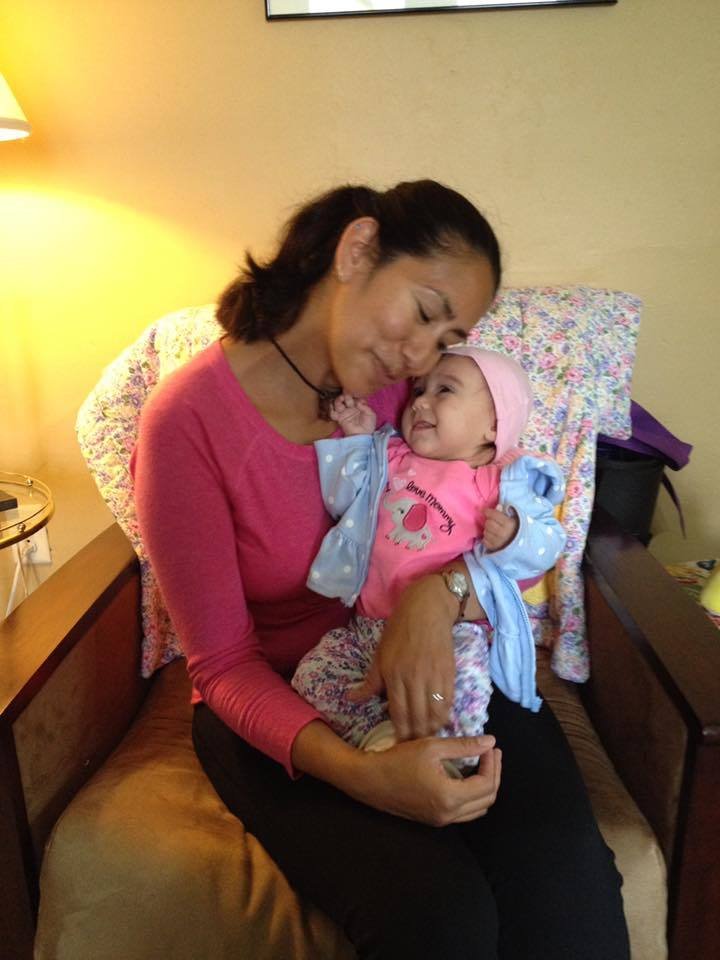 At the end of a seven year romantic relationship, I found myself—at the age of thirty-five—desperately wanting a child. With the help of match.com I set out on a mission to find a life partner. I spent three years trolling the dregs of humanity before I met the man I thought would be my happily ever after. When we were dating, our relationship was amazing, and after four years we decided to take the plunge. Almost immediately after he popped the question, I became pregnant. I was happy and healthy, but because of extreme weight gain—180 pounds at my daughters birth—I found it extremely difficult to move around comfortably. I was also having almost continual morning sickness, but I kept working.

My husband, still my fiancé at the time, was studying to become a nurse through an accelerated nursing course. I had my daughter in May of 2015, and I was put on bedrest after an emergency c-section. During this time, I felt happiness and excitement to start this new journey but I felt an extreme tiredness and I never got enough sleep. As the months continued, I still felt exhausted and explained this to my doctors and family. They all told me that it was because I had major surgery. Unfortunately, the exhaustion never went away.

Now, I should tell you: I am a woman who has Traumatic Brain Injury (TBI) from a very serious car accident that happened over 30 years ago. At first I wondered if the extreme feelings could be related to the TBI. Nevertheless, this was different from anything I had experienced in nearly twenty years prior.

So I decided to talk to my mother about my extreme exhaustion and sadness. After the accident, my mother became my legal guardian once again. Even after a long recovery with most of my mental faculties having returned, her role as guardian continued with financial and medical decisions. My mother believed that my pain was normal, having just had a baby, and she related it to the TBI. I tried to explain to her that I had lived with TBI for years, but this sorrow and exhaustion was completely new. I didn’t really understand postpartum depression or anything about childbirth, and my mother had no experience with it either because she had never had a child: I was adopted. As a society we disregard the perspectives of the vulnerable, so it was easy for my mother and I to assume it was just a result of the accident.

Nevertheless, my depression was becoming worse. As my daughter began to age, my husband and I began to grow apart. He was either working, or hanging out more and more with his nursing student friends. I was emotionally and physically drained, but I didn’t have the vocabulary to describe what was going on. One day I decided to look up my symptoms online and I came to the conclusion that this terrifying experience was in fact postpartum depression. I mentioned this to my primary care physician, but he said I should be patient, the symptoms were strictly related to my TBI. So I met with my neurologist, and he reaffirmed that my extreme exhaustion was undeniably because of my TBI. I told him I had done research, and that I thought it was Postpartum Depression, but he diminished my thoughts and concerns. Even my husband who had accompanied me to my appointment and promised to back me up, got intimidated by the neurologist. He was so impressed by the fancy diplomas that he didn’t support me. I was not diagnosed or treated and my condition continued to worsen.

I tried to be the best mother I could. I would take my daughter to all the play group—the Lebanon library, the Women's Health Resource Center, the Hanover library, and even play dates at my house. Nevertheless, my daughter grew so completely attached to me that each day was just intense. She would scream and cry if I left her side for any amount of time. At times, I would go to the gym and put her in daycare for an hour’s worth of peace. I would sit in the adjoining room, still on “bed rest” so I couldn’t workout or lift anything heavier than my baby. I would read magazines or the newspaper and quietly sip coffee.

Organization and time management became even harder than it had been in the past. I had worked hard to master organizational skills while attending college, and the University Extension of UNH and outpatient services at DHMC rehabilitation, but after my child’s birth I was simply exhausted. I was a terrible wife because I could not support my husband—working full time as a nurse at this point—with the housework and cooking. I could see and feel him crack under the pressure. My mother and his mother would both speak to me at different times, but by this point I just didn’t have the vocabulary to explain what I was dealing with.

We began to argue a lot. I tried to say that I was sorry, and we were just tired from the baby. At first, my husband agreed with me—but after a while that stopped. He regularly told me that he didn’t love me the same anymore. I pleaded that a woman’s drive could be diminished after childbirth, and it was met with resistance. This became a very dark time.

And then it all came to a head. We agreed to have a quiet discussion, but that did not happen. Our discussion turned into an argument, and it grew louder and louder as we both escalated. I remember the very moment: he screamed at me and slammed the bedroom door, and something in me just clicked. I had had enough. I threw him out of the house, and I checked myself into Dartmouth-Hitchcock Medical Center for emergency psychiatric services. It seemed this was the only way I was ever going to get medical treatment. After this, my doctors, husband, and mother finally heard me. After a brief stay with emergency psychiatric services, we finally came to the conclusion that I had premenstrual dysphoric disorder, or PMDD.

It was still extremely difficult for my doctors to decide how to treat my condition. My neuropsychiatrist discovered I had been on the maximum dosage of my antidepressant for too long and my body was no longer responding to it. I was put on a different one and at a lower dosage. My conventional doctors wanted to put me on a more serious regimen of antidepressants that would leave me numb, and this scared me. I worried how I would be able to take care of my daughter. I turned to a Naturopath for help, and she quickly diagnosed me and made suggestions about how to treat it. I wanted the fastest relief because at that time I was desperate to save my marriage. Even with my hospital stay, and all the doctors agreeing on what was wrong with me, my husband still did not accept it. Finally, I was referred to Planned Parenthood and placed on the Nuva ring, a form of birth control to regulate my hormones. They had been completely out of control since the birth of my daughter.

The nurse practitioner and I discussed the different forms of birth control that would best work with my memory loss and other symptoms of TBI. I also began to receive regular psychiatric treatment at DHMC. The combination of a different antidepressant, Nuva ring, and regular psychiatric help has saved my life.

Once my hormones stabilized, it only took a short while to realize that I wanted to separate and stay separated from my husband. My doctors began to take my health concerns seriously. At times, I wonder if I had been diagnosed earlier, would things have changed in my marriage? Who knows? I don’t. Nevertheless, I am very happy because now I am able to be a healthy confident mother.