Eventually, it caught up to me 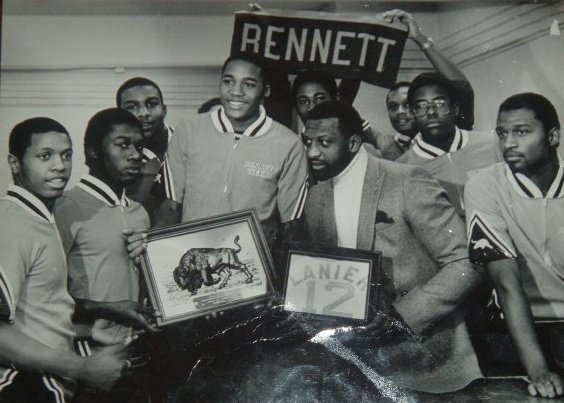 It’s 1971.  I am in the Chicago public system at my neighborhood school. The school was not all bad teachers had the wherewithal to realize that this kid needed some help. The help came in the way of  a transfer to a new, therapeutic school which was some help in math and reading. But there was a lot of fancy machines used to teach, which would now be called old or ancient assistive-technology. To me it was just a bunch of flash and pop for the parents, to show they had the tools.

Now, I am not saying tools are not necessary or good  they have their uses.  My life changed a lot when I go on a computer, but technology is no substitute for learning to read. If the educator can’t relate the teaching to the students learning style, we know that somewhere between 14 and 20 will fail. To be effective you must understand how different people learn differently.When a person with dyslexia, ADHD or autism or whatever, has an educator who knows how to reach different students, the results are much better. The methods we understand today would have helped a lot. But my school in the early 70's, the school missed by a long shot.

As a black male with an LD my teachers had no idea how to reach me. Nevertheless, my grandmother was an educator who believed in mastery -- going over something, over and over again until you got it right. This is what saved me and got me through. Something I like to call the Rosetta method which my mother and my aunts used to help me with my homework. I remember them helping me get ready to read at the Sunday school play. Now I tell you that I did not like to stay still and work but we made it though. I memorized every word so I could read that play.

My aunts on my father's side were also a great help.  My aunt, Dr Georgia Jackson, an educator herself helped me when my mother went into the hospital to have my siblings. She showed me ways to unlock math problems and reading problems. My dad used to make me sit down at the table with my math book and go over and drill my over and over again it worked.  Drilling over and over was the same way I learned the game of basketball and to perfect my skills and moves.

Perhaps it was the lack of understanding, or being bullied, but I had problems socially. My parents were breaking up, and I was in a bad space. When picked on, I fought back. My aunt always told me to stay out of it, but that was not an option for me. I would have to break down when things got crazy. I felt pushed and prodded and pressured.  At that time, there was nowhere to turn for help or understanding. Remember, no black male teachers or counselors at the therapeutic school, my parents devoicing, my world was changing. I was raised catholic like my dad, and now I was expected to switch to Methodist by my mom. I just wanted my world to stay the same. So when Sunday came I would go to the Methodist church without a fight, but then I would walk out and go my own way.

I did the same thing at school. I would walk out of school, hop on the train and go to the city. Sometimes I’d go to City Hall, to my dad’s office, cause I always knew I could talk to him. There was no understanding at school and what they were doing did not seem to help. So out of frustration, I would just run away. Eventually, it caught up to me, and got me labeled emotionally disturbed. This got me sent to a children’s home which was a total academic failure.

Even though people at Harvard and the University of Chicago were beginning to understand how to teach different learners, the black students had noone to turn to who understood the culture that we came from. The first key to reaching a child is to understand the culture from which he or she comes. The first key in being able to effectively teach them is the ability to reach them. The school had one black female teacher who was not allowed to have her own class. Couple this with the fact that even she could not reach or teach or understand the African American male students, and a lot of kids just turned away.