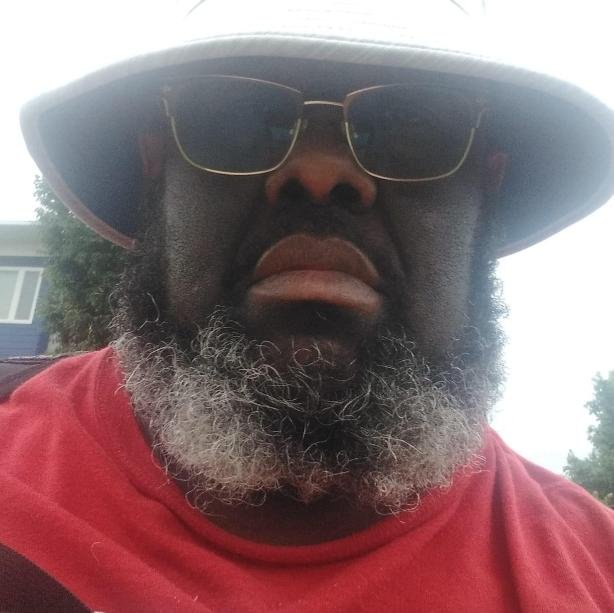 Buffalo New York -- On May 14th 2022,  a white man opened fire at Tops Friendly Markets on 1275 Jefferson Avenue, executing ten people in cold blood. Tops Friendly Markets served two historically black neighborhoods in Buffalo – Hamlin Park and Cold Springs. The shooter engineered this massacre by scouting out the supermarket on may 13th, a  lone wolf reconnaissance mission to collect information on the setup of the market and the lay of the land. It appears his goal was to take as much black life as possible.

Though I will not publicize his name or likeness, the shooter wrote a racist manifesto, spouting the race replacement theory being spurred on by White Nationalists and right wing news outlets(That's you Tucker). The Buffalo shooter is not the only one driven by this race replacement theory.  This disgraced ideology can be found online wherever white supremacists gather to share their ideologies.  Every day, radicalized domestic terror cells are plotting racist violence, even as I write this.

This shooter traveled two hundred miles just to end black lives, but let's not be fooled by the idea that he is not from Buffalo. Buffalo has its own homegrown racism. Let’s not be fooled by the label, the City of Good Neighbors.  Acts of terrorism are nothing new to black Buffalo. We can go back to the 1980 with the 22 caliber killer – Joseph Christopher. Christopher stalked and killed black men at point blank range with a 22 caliber gun.

We can also look at how black police officers are treated. Usually, when a police officer is killed, the entire department will go all-out to neutralize the killer, but not in this case.  A black heroic police officer got shot and killed trying to stop the madman. But his fellow officers talked the shooter down rather than killing him. If the shooter was black, he would have been shot on the spot. While white officers get awards and at-a-boys for talking a man down. These officers came on a scene of massacred black people and did nothing. When the “brother in blue” is a black man that “thin blue line” can get a bit blurry. This tells me that a black policeman’s life is not worth as much as a white officer’s.

Lt. Aaron Salter who at fifty five was a retired Buffalo police officer. Salter saved many lives by firing the shots that allowed others to get away.  Salter hit the shooter in the center of mass with his 9mm, drawing the attention onto the himself. Unfortunately, the 9mm rounds stopped in the shooter’s body armor allowing him to turn and kill the would be hero. Nevertheless, Lt Salter was a cop who cared about his community. He was an inventor, holding numerous patents, including one for the hydrogen engine that powered his 150 Ford pick up. Lt Salter was  also a husband, father and a family man.  Lt. Salter loved his community, and he loved to protect and serve them.

Roberta Drury, who at thirty two was the youngest victim of the gunman in the Tops massacre,  lost her life while shopping for her brother –  Christopher Moyer – who was recovering from leukemia and the side effects of bone marrow transplant. Deacon Hayward Patterson devoted his life to helping people. Patterson was always at Tops lending a hand to anyone in need,  driving people home with their groceries.  He was an active member of his church, including a daily soup kitchen. Deacon Patterson loved his community and he worked to serve them in anyway he could. Simply put he made the world a better place. Pearl Young, also known as Mother Pearl Young, was a fixture at the Central Park Food Bank that she ran. At seventy seven, Mother Young was still substitute teaching in the buffalo public school system.  Graduating from University Of Buffalo while raising a family, Mother Young stood as an example that it is never too late to go back to school.

Then there was Margus Morrison, a lively fifty two year old man who was a dedicated father of six. Morrison was at Tops that day picking up food to make dinner for his children  on that day he lost his life worked as a bus aide children love this man because he was about helping the little ones. Also Geraldine Talley, at sixty two was a beloved mother and sister whos Supreme Baker co workers remember as an angel who would “help anyone she could.” Or Celestine Chaney the 65 year old with a smile so bright she could light up a room. A mother and grandmother of nine, Chaney brought kindness and joy to everyone she touched, working two jobs: the M-Wile company making suits as well as the New Era Cap company. Then there was Andre MackNeil a fifty three year old father, son, who was in Tops to buy a birthday cake for his son.

Special mention must go to Kathine Massey who was known as the mayor of Cherry Street. Massey found her voice in the Civil Rights movement and was an activist in Buffalo's grass roots political scene Mother Massey wrote passionately about gun control in several Buffalo publications. A fearless community leader with strong ties to Buffalo's east side, she was on a mission to put an end to the gun violence in the city of Buffalo.  Massey worked every day to get illegal guns off the streets of Buffalo. She and her partner Betty Jean Grant completed many projects to uplift the east side of Buffalo.

After sitting in this funk for over a month, I have questions.

How can an 18 year old who never served in the military pick up these paramilitary skills? Who taught him how to do reconnaissance? Did he learn this online? What did his parents do? Did they even know what he was up to? Did his parents know about the “Race Replacement Theory” by which he was radicalized? In my view this man silenced ten valuable and productive souls: each an important part of the fabric of Black Buffalo; each serving their community, giving hope and helping others heal. These citizens got up every day to make the world a better place. The real question is how do we heal from such a loss? How do we fill the void it has left in our hearts?