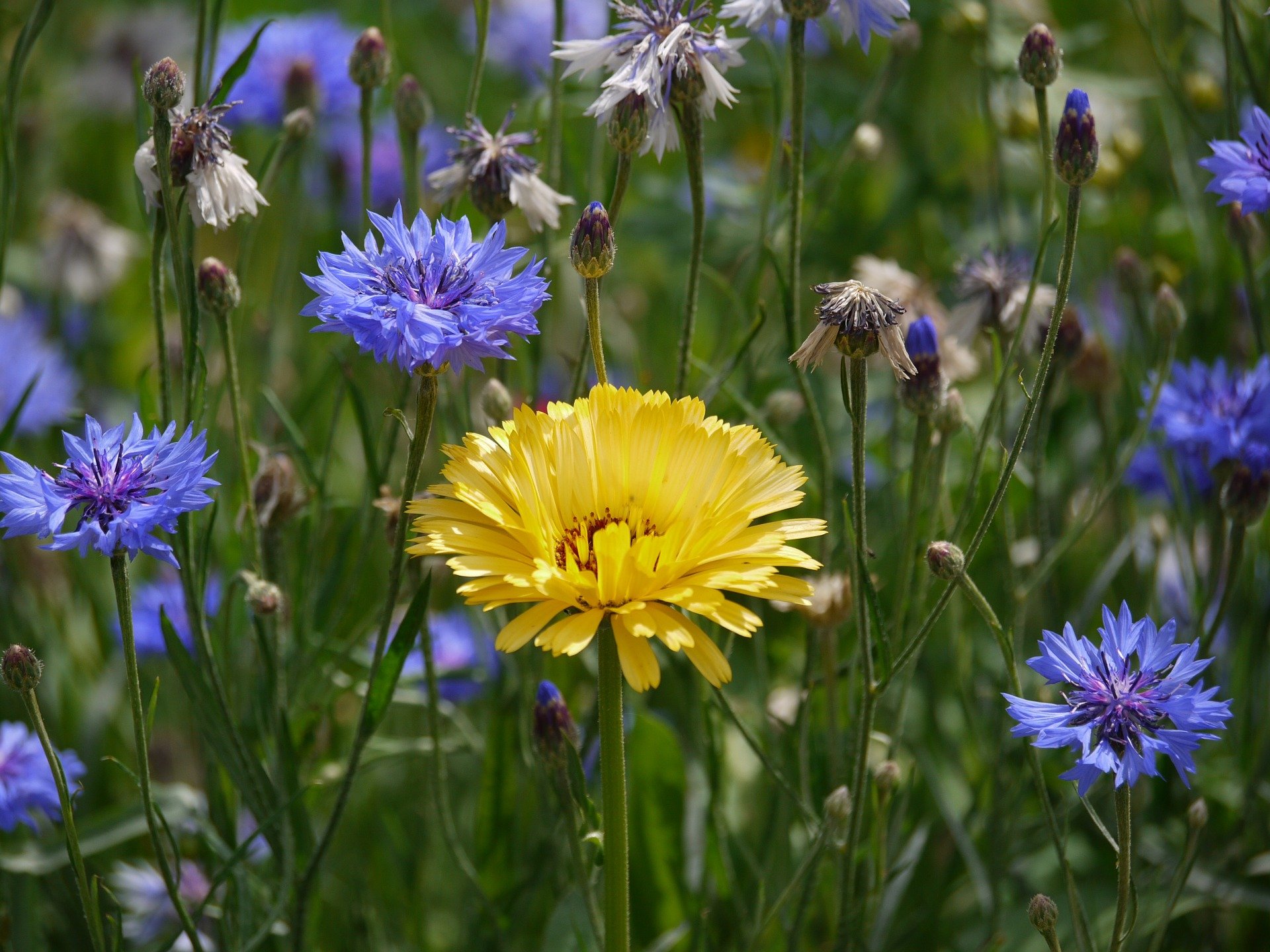 Once traditionally considered disabilities, conditions like ADHD, dyslexia, and autism actually represent the diversity of neurological processing styles. But will the educational community catch on and respect people — students and teachers alike — as neurological minorities?

2018 - I LIVE IN FEAR. I’m terrified each time I face the scrutiny of power-possessing individuals from the majority population.

I have learned over 50 years as a neurological minority that my best hope of survival depends on my ability to pretend to be something I am not, to hide my nature, to pass as “normal.”

In first grade I was formally diagnosed with dyslexia and hyperactivity, and I have lived most of my life in the shadow of that diagnosis — seven years of Orton-Gillingham tutorials to learn basic reading, seven years to graduate from college, a life of teaching atypical students.

Even though I have taught at the college level for decades, published articles and books, and even acquired positions of moderate importance in academia, I continually find myself at the mercy of people who confuse their inherent neurological privilege with superior merit.

THE TERM “neurological minority” represents a shift of paradigm underway in the field of educational psychology. Simply put, it describes a collection of people whose processing profile displays significant differences from the neurotypical, such that it would receive a diagnosis — i.e., dyslexia, attention deficit hyperactivity disorder, autism.

This debate is finding a new urgency since Steve Silberman’s 2015 book NeuroTribes: The Legacy of Autism and the Future of Neurodiversity presented the belief that having a biologically diverse set of neurological profiles presents an asset to the culture.

NOW, I WANT to be clear. This is not just another discussion within the “disability vs. difference” debate, for both of those concepts single out the individual as somehow different, not normal.

Because we are disabled or different, we are subject to the tolerance and generosity of the neurotypical community. It is true that on a neurological level there is something different going on, so the terminology of “learning difference” is a more accurate description than “disability.”

Nevertheless, each of these subgroups, in fact, shares its characteristics with a significant number of others across the traditional cultural lines of ethnicity, race, class, religion.

Furthermore, these atypical characteristics are genetic: My father, my children, and I all struggled in school.

I would suggest the term “neurological minority” is, in fact, a much more accurate description.

According to the Yale Center for Dyslexia and Creativity, as many as 20 percent of the population struggles with reading disabilities. The Centers For Disease Control estimates that up to 11 percent of children are diagnosed with ADHD. Furthermore, The CDC suggests that just below 2 percent of the population falls into the category of autism spectrum disorders, though I suspect that number will increase significantly as more educators come to recognize the manifestations.

ALTHOUGH WE constitute as much as 30 percent of the population, society at large still sees us as individuals requiring special treatment. Nationwide, school budgets are struggling under the antiquated paradigm, which views each of us as an aberration who needs something different: special education.

But I would argue the problem is not one of budgeting, but one of pedagogical assumption: as a culture, we have wrongly predicted the percentage of students who learn in the traditional manner.

Let’s take a moment to unpack the diagnostic distinctions highlighted above. Educational theorist MacLean Gander posits that we can divide the “learning disabilities” into three primary groups.

This group represents anomalies in the left brain, requiring students to access different pathways to learn to read. For this population, instructional methods have proven effective in ameliorating many negative effects on reading.

Research demonstrates this group of anomalies can be mitigated through the introduction of stimulant medication, increasing the ease with which executive functions can be activated.

A third — and, in some ways, still-emerging — subgroup, characterized by difficulties with social comprehension, processing speed, and often mathematic, includes autism spectrum disorders, nonverbal learning disabilities, and math disabilities. This group is associated with processing anomalies in the right brain.

A growing body of evidence suggests these difficulties are ameliorated with explicit skills instruction, including active reading, conceptual math, and even explicit instruction in social pragmatics.

Although it’s true that the learning difficulties associated with each of these subgroups can be diminished through appropriate intervention, the underlying neurological anomalies persist.

We can get them through school — but then what?

FURTHERMORE, by shifting the paradigm away from disability and toward the status of minority, those of us who learn differently are more able to embrace the truth of who we are.

By eliminating the derogatory implications of being “damaged” or “deficient” individuals, it becomes more difficult for the neurotypical community to segregate us, to humiliate us in public, to disparage our possibilities based on cultural assumptions of what it means to be normal.

Harvard University’s Implicit Association Test (IAT) demonstrates that 75 percent of the population has an implicit bias against people with disabilities.

I’ve personally lost count of the number of times that, proposing a challenging idea or a new system in a professional meeting, someone has pointed out a clerical error in my materials.

The reaction is usually on a continuum, from a murmur of embarrassment, to suggesting that I need to “try harder,” to outright dismissal.

To some, my carelessness suggests I am unfit to hold a professional position. Many educators take great pride in their clerical strength, the speed with which they read, and the accuracy of their proofreading, and they revel in the opportunity to publicly shame those whose processing style they deem subhuman.

EACH OF THE neurological subgroups has its own Achilles heel. People with reading disabilities are targeted for their reading speed, their lack of fluency, their spelling. (I have written “ofen must waite” as a class snickers at my mistakes — etched in chalk or dry-erase marker — so many times I have come to accept it.)

However, most dyslexic people I know would rather quit a job than publicly demonstrate their shortcomings.

Furthermore, people from the ADHD community are frequently targeted for their disorganization and struggles with time management. Many people in this group are charismatic and highly articulate and can pass fairly unnoticed until landing in the hyper-competition of the professional context.

I know many high-potential people who have abandoned working in any “professional” field to avoid the constant humiliation of being reminded about their punctuality or their organization.

People within the ASD community, however, are the most likely to be targeted. When you struggle with social pragmatics or processing speed, you’re at the mercy of every fool with even a minimal level of social status.

I have met many autie folks, often possessing superior IQ and educational attainment, who have given up on holding a job — and not because they can’t do the work.

They refuse to endure the constant humiliation and discrimination from the neurotypical culture.

FRANKLY, I’m astonished by the prevalence in the field of education: how can a well-educated professor who would never tolerate the targeting of individuals based on other minority characteristics — religion, race, ethnicity — feel so comfortable humiliating an ADHD student for being disorganized?

Why do we so easily join the chastising mob, when someone makes us feel “uncomfortable” though a perceived lack of social sophistication? “You’re a creeper! Shame on you!”

I find it astonishing how many educators cherish the belief that clerical errors in a document will provide immediate, ad hominem proof the ideas are not worthy of consideration.

“Does spelling count?” the student chirps, sliding deeper into the chair.

ADD TO THIS the statistical prevalence of innovation and ingenuity within these minority populations, and the plot turns even more sinister.

As cited last year in the Harvard Business Review, many atypicals often seek new ways to do things, becoming agents of innovation: the existing systems can be so painful to adopt that we constantly challenge and reimagine the systems around us.

Indeed, history is shaped by gifted thinkers who struggled in school.

Psychologist and longitudinal researcher Russell Barkley demonstrates statistically that being from a neurological minority group significantly increases one’s likelihood to become a millionaire. Cleverness, ingenuity, reflection on existing systems — these are also traits that make one more likely to become a target.

When you construct your sense of self from the ease with which you can master existing systems, people who challenge those systems are terribly inconvenient. Rather than examine the shortcomings of those systems, it becomes existentially necessary to target those agents of change — and they are such easy targets.

AFTER NEARLY 30 years teaching skills to atypical learners, I have come to hold deeply mixed feelings about the field of education.

I became a writing teacher in an effort to make a difference for others like myself, struggling to survive in school. My dyslexia and my ADHD made school difficult, but at some point I discovered a love for books and an addiction to writing.

Though I have worked my heart out for 30 years, I cannot help but feel that I have failed.

Yes, I have taught students to read; I have watched students discover their voice. I have reassured terrified children that they are, in fact, welcome here on this planet.

Nevertheless, I have also participated in a field that is at its heart exploitative: because neurological minorities have no choice but to seek the support of “specialists,” we subject them to a systematic destruction of their sense of self. Before a student can be helped, that student must first acknowledge the need for help.

Only after students have accepted their status as “broken,” as “second class,” will we shower upon them the benefits of our superior dictionary skills. Where I once took pride in my dyslexia, as a personal connection to Thomas Edison, I’ve come to recognize how my atypical status continuously makes me a target in the field of education.

So I return to my statement from the beginning: I am terrified.

As we systematically disenfranchise 20 to 30 percent of the population — many of whom are charismatic and quite clever — we bolster the ranks of an underclass of thieves, drug dealers, and internet trolls: intelligent, capable people who do not see any point in trying to participate in “normal” society.

We quickly learn we are not welcome here, and we learn it in first grade.

Just as history has been shaped by the positive accomplishments of atypical people who struggled in school, so, too, is history shaped by smart, charismatic, often poorly educated individuals who — angry and humiliated — rise to power to exact revenge against a society that could not see their value. How often they are bolstered by large portions of the population who share in their resentment.

So I applaud Steve Silberman and others in the ASD community for bringing this discussion to the front once again.

But until our culture — and, more importantly, the field of education — shifts in this paradigm, neurological minorities will spend their lives either struggling to become, or recoiling in frustration from the futility of trying to become, “normal.”