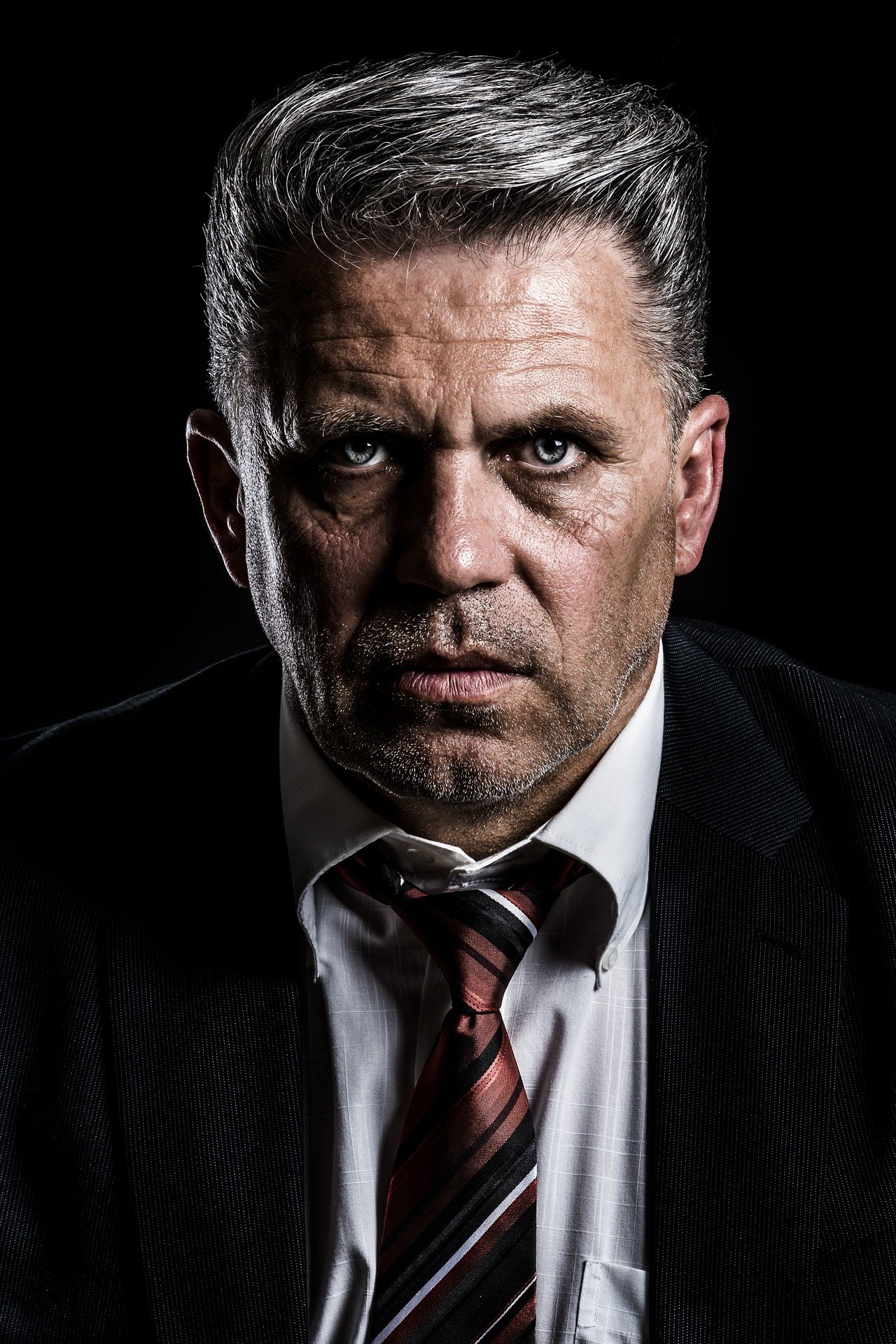 IF YOU ARE reading this, then I assume you are perfectly normal — in every way.

Civilized society is based on complex systems that require people to do things properly in order to make them work.

You see this in every business or institution: Normal people understand how to do things the right way. The mutants are always looking for an easier way, trying to take the short path. This is why we must not yield one inch.

For those of you new to this crisis, let me explain.

This is why our hold on power is so tenuous. To ensure that the normal people continue to benefit from the fruits of our society, keeping a hold on our dominance is crucial.

Yes, neuro-supremacy is a mindset, one in which we maintain our dominance by privileging our own processing style.

SIMPLY PUT, neuro-supremacy is the system of educational and cultural assumptions that we use to target the mutants, keeping them in a hopeless state of disorganization.

In schools, we call this system “special education” — but it must persist through all strata of society.

If you are truly new to this discussion, you might ask, “Who are these mutants?” After careful evaluation, we can clearly identify three primary subgroups of mutation, currently increasing their numbers through hereditary proliferation.

Historically, two of these subgroups have been relatively easy to suppress through the standard practice of “divide and disparage.”

However, a relatively new and growing mutation threatens all of the structures that hold us together.

Let’s look at all three.

WE HAVE LABELLED the first, and perhaps best known, mutation as “learning disabled.”

Notice the term “disabled” is employed to establish our dominance a priori. This label refers to a set of long-recognized mutations, usually in the left side of the brain, that allow individuals to more quickly recognize connections and patterns and to make very complex inferences separate from the language processing centers.

Often characterized by the derogatory terms “dyslexia” or “reading disability” or “specific learning disability,” this mutation has been gaining ground for hundreds of years.

Nevertheless, we’ve successfully kept enough of these mutants out of power by exploiting the challenges they face in our current systems for teaching written language.

As long as we can force them to struggle with basic written communication, it has proven relatively simple to prevent them from gaining any power.

Sure, we have historical examples of mutants in this category who have successfully gained access to higher education.

These historical mutants were often born into wealth, a privilege that often mitigates any vulnerable deficiencies with which they might have been born. Unfortunately, these mutant individuals inevitably create significant challenges to the status quo in whatever fields they find themselves.

For example, Charles Darwin changed the way we understand evolution. Despite successfully being driven to hate school and being undermined through an emphasis on organization, Darwin discovered a real talent for drawing birds. Furthermore, his father was a wealthy doctor, so he had the resources to initiate his own scientific exploration.

Yes, we may at times derive benefit from mutant characteristics, when one of them achieves a level of ascendancy within the culture.

For example, Thomas Edison, despite the numerous roadblocks he faced attaining written language, used his capacity for pattern discernment and extrapolation to advance most of the technology that drove the 20th century — light bulbs, vacuum tubes, phonographic records. He held more than 1,000 patents at the time of his death.

Obviously, all of Edison’s work was derivative of the work of normal people, but these mutants are greedy and, given the chance, will control as many patents as they can.

Another illustration of why we must be vigilant.

THE SECOND, and perhaps most easily suppressed, of the genetic mutations, falls under the generally accepted term of autism, or autism spectrum disorders (ASDs).

This mutation consists of a series of anomalies in the right brain and has held a variety of derogatory labels — nonverbal learning disability, math disability, Asperger’s syndrome.

This mutation is often characterized by its increased sensitivity to sensory stimulus. People in this group are easily suppressed through stimuli like neon lighting, uncomfortable clothing or, really, any minor sensory stimulus that distracts individuals from recognizing their actual abilities.

Despite all of our suppression efforts, individuals with this mutation often persist to demonstrate their giftedness through music. That ability is only the tip of the iceberg — some research suggests an increased capacity to understand and predict various forms of vibration or interactions.

These qualities make this category extremely threatening, as we discovered with Isaac Newton and Bill Gates. They make connections and change processes, and then we are all stuck with crummy new systems like Windows. Luckily, their heightened sensitivity to vibration includes the banalities of social interaction, making them easy to intimidate.

Because they’re so sensitive to vibration interactions on a variety of levels, they do not easily understand our carefully crafted social conventions.

They can be easily dismissed and humiliated, regardless of any interesting insights they might assert.

FINALLY, AND MOST troubling of the mutant subgroups, is something described under the umbrella of “executive-function disorders,” or attention-deficit hyperactivity disorder (ADHD), if you will.

This hereditary mutation is associated with chemical differences, requiring a higher level of stimulus for the frontal lobe to engage. This mutation can inhibit one’s self-regulation and focus, because this sort of mutant is so easily bored.

Just like the first subgroup, those with this mutation can make connections and inferences at a much higher rate than members of the neurotypical community.

However, this mutation will often learn the existing structures like reading and writing much more quickly than normal. More troubling, they often demonstrate increased social awareness, unlike their autistic cousins. This makes them particularly threatening.

The normal community has learned to isolate and humiliate this mutant subgroup by slowing the pace of learning to a point where ADHD mutants get bored and miss important details, often falling behind and becoming vulnerable to existing pathological labels — learning disorders, oppositional-defiance disorder, mood disorder.

Furthermore, normie educators have partnered with the pharmaceutical industry to ensure that most mutants from this subgroup are irreparably addicted to amphetamines and other stimulants.

Nevertheless, it is important not to underestimate the threat that this mutant group poses to the status quo.

They’re so easily bored by our systems — and are so much faster at making connections and inferences — that they are constantly inventing new ways to challenge suppression efforts.

Around 1900, one member of this mutant subgroup, Albert Einstein, was allowed into the post-grad physics department at University of Zürich, once again fundamentally challenging all of the structures by which we maintain our power.

EFFECTIVE SUPPRESSION of mutants is crucial.

We must, at all costs, prevent any of these mutant subgroups from gaining any sense of shared identity within our society, or we will undoubtedly lose our dominance. We must isolate them as individuals with disabilities and then help them understand that they are not normal.

As I mentioned, we have been able to establish a stable process by which we isolate each of these individuals and create labels for the difficulties they face so they internalize their status as disabled.

In order to detect and isolate them before they can gain a sense of themselves, we’ve arranged our educational system to specifically target and pathologize mutant families.

The first step was to codify a series of arbitrary complexities into the educational system that privilege the neurotypical processing style of rote memorization and obedient mimicry.

Then we created an army of neurotypical individuals who work in the schools to isolate and identify the mutants and classify them with a pathological label.

In service of this, we’ve created a Diagnostic and Statistical Manual that pathologizes a multitude of individual behaviors into so many individualized subgroups that it becomes almost impossible to recognize the major subgroups for the neurological minorities that they truly are.

The more we can pick our mutants apart and isolate them as individuals who are disabled, the less chance they have of joining to advocate for the mutant community as a whole.

As of this writing, as many as 70 percent of the mutant population can be manipulated into ancillary co-occurring pathologies, like substance abuse, depression, and eating disorders.

This crucial tactic so completely convinces individuals that they are permanently damaged and alone, it creates a sense of hopelessness they can never escape.

AS MORE MUTANTS gain positions of power, we must all work with vigilance to shame and humiliate any of those who might begin to ascend to start trying to interfere with the structures.

Luckily, each subgroup demonstrates specific attributes that can be easily targeted. We can simply drive them into isolation so that we may continue to heap more and more pathological labels on them and dismantle the threat they pose.

The first subgroup can be easily delegated to the permanent underclass, by simply blocking access to the appropriate systems that teach them to read. To date, we have successfully organized our educational system to throw up many roadblocks so that most from this mutation will continue to struggle with fluency and spelling well into adulthood.

We also pathologize their experience of reading acquisition, such that they will spend their lives under a shroud of humiliation and frustration.

The second group is relatively easy to control, just by creating unpleasant conditions: cheap lighting, uncomfortable furniture, overstimulating social environments. The goal is to privilege our own sensory experiences over theirs, while reinforcing the social mimicry and repetition on which the neurotypical community relies.

We’ve successfully created educational systems that are so unpleasant for the ASD community that they have no choice but to turn inward, voluntarily blocking out the very information with which they would otherwise be able to exercise their superior capacity for connection and extrapolation.

The ADHD mutation is much more tricky, because this group excels at social perception. Through research, we have found it best to first disable their critical thinking through hours and hours of boring repetition, and then we pathologize any response under the umbrella of behavior.

It’s hard to challenge the neurotypical structures when you’re being restrained by a paraprofessional or trapped in a chair outside of the principal’s office.

AND NOW, my culturally dominant, neurotypical friends, I must impress upon you the urgency of this matter.

At this point, families that exhibit these neurological mutations are beginning to communicate with one another. They’re beginning to recognize the structures that keep them in the underclass.

Remember, we’re talking about a third of the population. That’s 100 million people in the United States alone.

If this community as a whole begins to recognize its strengths and begin to question the social and economic structures that maintain our dominance, we will likely find ourselves at their mercy; remember, many mutants demonstrate the potential for superior intelligence.

We must continue to develop standardized measures that privilege the neurotypical processing style. As long as we get to define the criteria by which individuals are allowed to rise to positions of authority, we can maintain our stranglehold, both socially and economically.

It is crucial to crush these mutants’ sense of themselves as soon as they are identified, so that they will internalize the pathology of disability. Only then will we be able to continue to isolate any individuals who, through mistake of birth, somehow arrive at a position of influence.

We must whittle away at their senses of self until they voluntarily abandon any effort to question the structures that maintain our authority.

IMAGINE A WORLD in which the preference for neurotypical processing was eliminated.

Imagine if we lost the ability to define the standards that establish the dominance of normal.

I fear, given a truly level playing field, that these neurological mutants would recreate society into one where our neurotypical processing would no longer provide the structural advantage on which we all depend.

Imagine if being able to sit still and quietly copy everyone else was no longer the key to success.